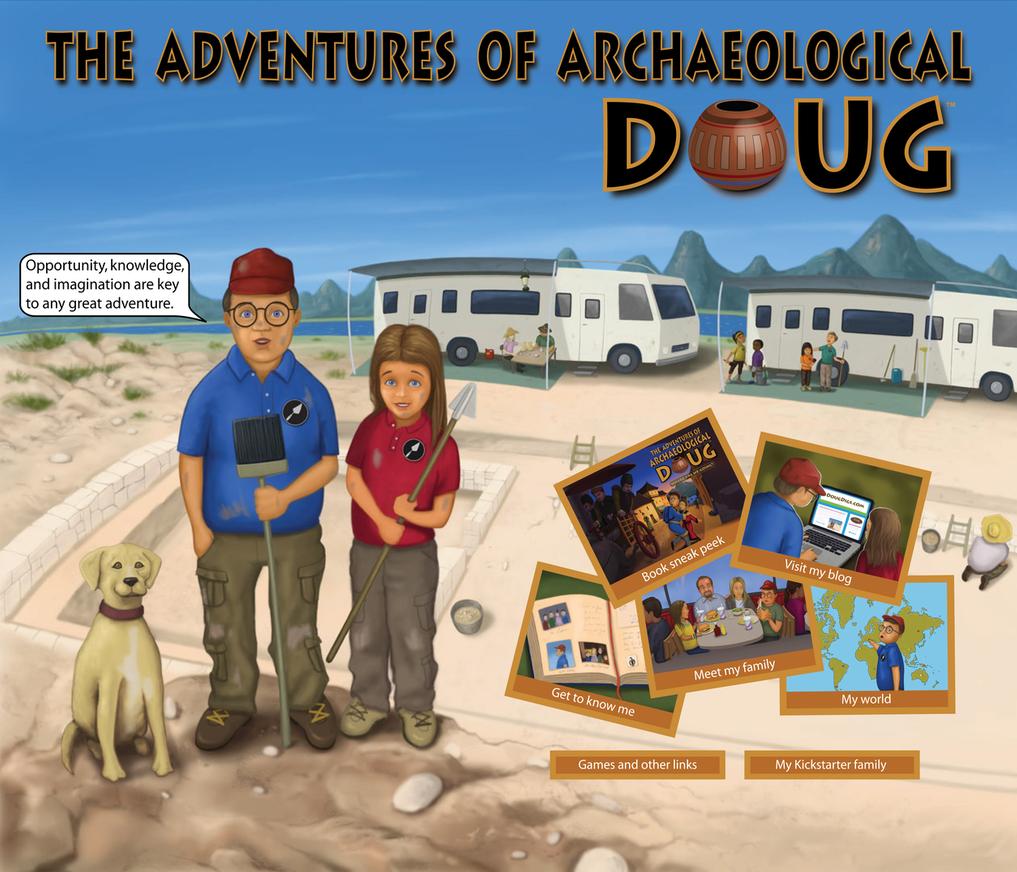 Anthony is not short on creativity.  Throughout his life, he has always tried to keep the spark of imagination alive.

Like most people, he has the typical 9-5 job.  That, however, never made him lose sight of the big picture and as a result (from time to time) his creative spirit has peeked out. From co-owning a general contracting business; being a graphic artist; and for 14 years volunteering as a set designer and builder for a local community theater, Anthony found a way to keep the imaginative spark going.  He even managed to co-write a screenplay in his not-so-spare time.  He submitted an entry to the World Trade Center Memorial Contest and at one time was an avid auditioner of TV reality and game shows (never picked; came close a few times though).

Today, Anthony is focused on making Archaeological Doug a success.  Originally wanting it to be an animated series, Anthony realized it would be a tough hill to climb.  Years ago wise advice from an individual in the industry, suggested the concept of Archaeological Doug should be developed as a book.  Because Anthony did not have real connections in the publishing arena, the idea was placed on the back burner.  Finally, technology caught up and the commonality of ebooks re-sparked his vision. He re-evaluated the concept and felt that he can now self publish.  As mentioned, the concept was originally set up as an animated series so the painstaking attempt to trim down a 3,000+ word manuscript to little over 1,000 was daunting. The editing process took as long as the original manuscript.

Next was finding the right artist.  Anthony's concept was so visual, there was only one way he envisioned the final illustrations. It took more than a month reviewing 100's of artists and styles until he found the work of Steve Feldman.  It felt like a great match from the start and almost a year later The Adventures of Archaeological Doug was ready to start the journey.....